I started in 2013, the waking up at 3 a.m. like clockwork and maybe dozing back off just in time for my alarm to go off, if at all. My sleep habits had always been terrible—having trouble falling asleep, flip-flopping between being a night owl and a morning lark, and general sleep deprivation had all been part of my world since my teen years.

While there was some consistency to this new routine that I’d established, I grew increasingly desperate to figure out how to stop it. My bedtime was usually around 11 p.m., which meant I was clocking an average of 4 hours of sleep a night and it was wreaking havoc on my body and mind.

I made some pretty monumental life changes in 2017, and with them, I found the number of times I found myself wide awake in the middle of the night abated, but it didn’t go away completely until I started working at isense back in January. In fact, my first blog post for the company was about my experience with our adjustable pillow, and how it changed my world.

I’ve learned a lot about sleep and health since then, and I’ve come to discover there are several reasons we wake up at night. With that knowledge comes the realization that with my food and lifestyle, I was unwittingly setting myself up for the routine I was so desperate to escape.

In a recent conversation with a sleep scientist, he was talking about the fact that most of our deep sleep happens in the first three or so hours of sleep. Most of us are out like lights for at least that long. He also mentioned that almost everyone he’s ever watched sleep wakes up briefly as they move in an out of REM cycles, most of which happen in the last half of our night. I don’t know how many people he’s watched sleep, but I imagine it’s a lot in the 35 or so years he’s been studying sleep.

It’s entirely possible that my habit of waking up at 3 a.m.—four hours after I’d gone to bed—was totally normal. It was the other factors keeping me from falling back to sleep that were killing me. 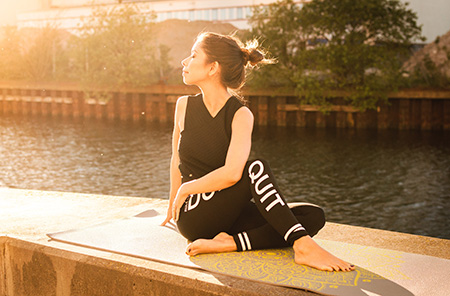 Part of my problem was the overwhelming amount of stress I was under at that particular time in my life. At 11 p.m., I was so exhausted, my body overruled my mind and crashed. But once I had a few hours of sleep in me, my mind would use that quiet time to go over everything that was weighing on me. Every. Single. Thing. I have to believe this was a big part of the problem, because once I started making life changes to reduce my stress, my wake-up episodes lessened.

I’d also fallen into a fairly common trap: fear of insomnia. Once I was in the unhealthy sleep pattern, I’d begin to panic each night when I woke up. I was creating a self-fulfilling prophecy by worrying about another sleepless night.

One of the life changes I made in 2017 was to start eating better. I’m still not where I want to be in regard to clean eating, but my habits have improved greatly and I know I’m getting more vitamins and minerals than I was at the time. And as it turns out, there are a slew of them we need to get healthy sleep. 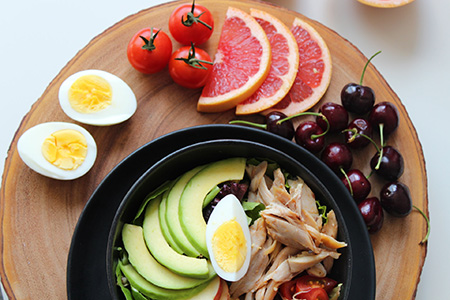 I will say that for everyone touting magnesium supplements as the sleep solution, there are at least two more cautioning the side effects of magnesium, specifically supplements. For me, I found that being more cognizant of it in my diet and using a lotion with magnesium in it seems to be helping. (Note: It’s always a good idea to talk to your doctor before you start experimenting with any supplements!)

The habit of snagging a late-night snack wasn’t helping my waistline or sleeping patterns, either. Turns out digesting foods is work for your body, and it can definitely have an impact on how peacefully you sleep. Cutting that out was one of the best things I did for my overall health. 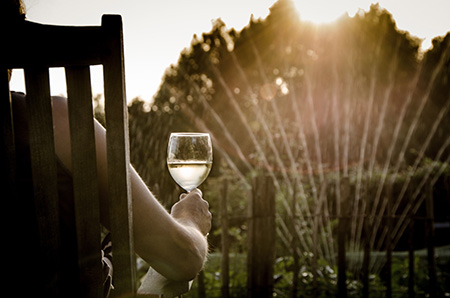 If I’m being completely honest, the glass of red wine I have each evening is one of the highlights of my day. There’s just something to finally being in my PJ’s, listening to my kiddos chatter about their day as I settle into my favorite chair with my favorite treat.

And while the experts debate about whether alcohol in moderation is good for you or not, it’s universally agreed that alcohol too close to bedtime will absolutely hamper your ability to sleep through the night. Sure, it makes you sleepy at first, but when your body metabolizes it, your eyes will pop open and with the sedative effects worn off, it’s difficult to fall back to sleep. It’s also important to note that even if you do sleep through the night, alcohol interferes with your ability to move through sleep cycles properly, keeping your brain from entering REM sleep the way you're supposed to, which is crucial for memory recall. That’s why blackout drinking is a thing.

Reducing my stress, improving my diet, and limiting myself to one glass of wine closer to dinnertime went a long way toward solving my own sleep issues. But for me, the final missing piece of the puzzle was replacing my pillow. My friends roll their eyes when I start gushing about my pillow, until they get one of their own. It took me a few weeks to get my pillow adjusted to perfection, but once I did, the pieces fell into place and I can now count on one hand the number of times I’ve woken up in the middle of the night in the past six months. That, to me, is life changing.

Maybe it’s obvious to the rest of the world, but I didn’t realize how much being uncomfortable on my sleep surface was disrupting my sleep—or how much it was impacting my health, work, and ability to make rational choices. I never put much thought into my bed or pillow, but I know better now.

It’s easy to get caught up in our crazy schedules, to set aside thinking about our health because we’re trying to keep our head above water in the day-to-day, but I have found that keeping up with my world is a lot easier now that I take the time to tend to my own physical and mental well-being.

⭐️⭐️⭐️⭐️⭐️
So far I'm waking up without back pain! Love it

⭐️⭐️⭐️⭐️⭐️
I love the bed it supports my back and I can adjust it. I recommend this bed.